The roots of the UPLB-CEAT Chemical Engineering Department may be traced to the UP College of Agriculture (UPCA) Sugar Technology Program (STP), which was reinstituted in 1968, even before UP Los Baños became an autonomous campus of the University of the Philippines System. 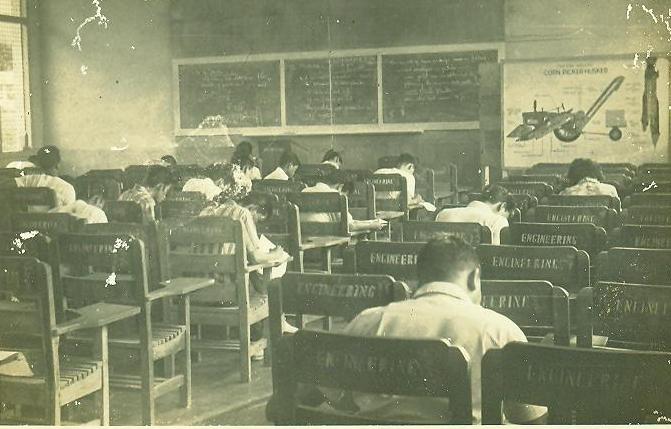 Way back in 1920, the Philippine sugar industry was young and expanding. It had a critical need for people with expertise in Sugar Technology- a graduate with integrated knowledge in cane production, sugar chemistry and sugar factory operations. The UPCA responded by training students in the operation of a college sugar mill, then under Dr. Manuel L. Roxas ( namesake of a former Philippine president), chair of the Department of Agricultural Chemistry. To formalize this training, a certificate in sugar technology was conferred on students majoring in Agricultural Chemistry who put in an extra “fifth year work in Sugar Technology courses”. It has been said that graduates of this curriculum were readily taken in by the sugar centrals, who in a short period, were given higher ranks and very responsible positions. Then a 5-year BS Sugar Technology (BSST) curriculum was formally instituted in 1925. Starting in this period, Sugar Technology students earned praises and , gained highly respected stature in the academe. The last graduates of the pre-World War II curriculum obtained their degrees in 1942. In Sugar Technology history, this batch was dubbed as the first wave graduates.

With the initiative of the Philippine Sugar Institute (PHILSUGIN), a research and development arm of the sugar industry ( created in the 50’s ), the offering of the BS Sugar Technology was resumed in 1955. The first post-war Sugar Technology curriculum was a 5-year, one-summer course with no thesis. It was classified into two types: Type A for Sugar Engineering majors; Type B for Sugar Chemistry majors. In both types, students are required to practice in a sugar factory for one whole milling season (about 6 months).

As history unfolded, shortly before World War II, the Chemical Engineering and Chemistry laws were passed by the Philippine Congress, authorizing only registered Chemical Engineers to run chemical factories, which included sugar mills, and only registered Chemists as eligible to work in the chemical laboratories, including the sugar control laboratories. These positions were previously occupied by the Sugar Technology graduates. During the period 1959-1967, the Chemists and Chemical Engineers could take their professional examinations, and therefore were eligible to work in chemical factories. In the absence of a professional licensing examination, Sugar Technology graduates found themselves, either unemployed or underemployed in sugar factories because of such legality. Hence, the post WWII Sugar Technology graduates (1955-1965), the second wave graduates, were legally barred from practicing their profession in sugar centrals. The Sugar Technology Professionalization Law had to be enacted, but as expected, found some “resistance” from competing disciplines who lobbied against passage of such law. Because of this situation, the BSST curricular program was discontinued, instead a 5-year BS Agricultural Chemistry curriculum was adopted with an option to major in Sugar Technology.

In 1968, Republic Act No. 5197, regulating the practice of Sugar Technology, was enacted into law, through the concerted efforts of the alumni working in the sugar industry, and through the legwork of a Sugar Technologist Prof. Amando E. Libunao. The first Sugar technology Board examination was given in August 1973. Those graduates who passed the board examination can legally practice their profession, just like the Chemists and the Chemical Engineers working in sugar factories. On July 3, 1968, PHILSUGIN appropriated an initial grant of PhP 75,000 to UPCA to support the program re-instituting the BSST curriculum. This grant increased and continued, from 1968-1989, even when PHILSUGIN was closed to give way to the creation of a very powerful Philippine Sugar Commission (PHILSUCOM), 1973-1986, which later was also dismantled after EDSA 1, in order to establish the Sugar Regulatory Administration (SRA) in 1986. The ST graduating class during this period was composed of the third wave graduates.

ChE as part of the UPLB Expansion

ChE as part of the UPLB Expansion. The UPLB campus gained its autonomy on November 20, 1972. From then on, it has expanded its horizon in its attempt to chart new directions. In its goal to continue serving the country as its principal institutional resource of food, agriculture and environment, it has started developing complementary strengths in the physical science (Engineering, Mathematics, Statistics, Computer Science), social sciences and in the humanities. In the 80’s, Dr. Emil Q. Javier, a former UPLB Chancellor, who later became a UP President, envisioned an engineering university. This was in recognition of the major role of engineers in improving the Philippine economy. Through his leadership, the Sugar Technology Program (STP), then a joint program of CA and CAS, was merged with INSAET to form the College of Engineering and Agro-Industrial Technology (CEAT) in 1983.

Harnessing all the STP resources, the Chemical Engineering Department was created, with the following rationale: “to produce the needed Chemical Engineers with understanding of bioprocesses, to scale-up production from laboratory to bench levels into the industrial level. With the availability of trained manpower, local processing of raw materials (for which the Philippines is noted for) into consumer and industrial products, would, eventually, help raise rural income, generate foreign exchange, and hopefully, protect the Philippines from adverse external trade conditions”. With such lofty ideals, all the STP resources ( faculty, support staff, facilities, building and financial resources from the sugar industry) were used to start up the academic activities of the newly created department. Later on, additional maintenance and operating funds granted by the National Science and Technology (through the initiative of Dr. Emil Q. Javier) also helped ease the “growth pains” of a young department. Technical cooperation assistance from the DOST-Japan Society for the Promotion of Science (JSPS) through its exchange scientist program, 1988-1999, contributed significantly to the faculty development.

Chemical Engineering (ChE) Department Buildings. The CA-CAS STP occupied a portion of the Old Chemistry building and the old PHILSUGIN building until 1988. Then the UPLB administration financed the establishment of the first ChE building ( across the PHTRC) along the Lanzones road, in exchange of the old PHILSUGIN building which was given to SESAM, plus a portion of the old Chemistry building, then given to BIOTECH. Shortly after the ChE-ST constituents transferred to its new building beside the CEAT building, the entire old Chemistry building was destroyed by fire which originated from one of the BIOTECH laboratories . The second building was built through the funds allocated by Dr. Victor S. Luis, Jr, then Acting Vice-Chancellor for Planning and Development in the 90’s. The third building was constructed through the fund given by former Chancellor Wilfredo P. David. The latest building, inaugurated as the “Biofuels Research Laboratory” was funded by Department Agriculture-Bureau of Agricultural Research.

This curricular development coincided with the critical stage in the sugar industry, both local and worldwide, brought about by the very low prices of sugar in the world market, and worsened by the Philippines’ loss of its preferential US sugar market because of the eventual termination of the Laurel-Langley Agreement and the various US Sugar Acts. Such unfavorable economic conditions in the sugar industry had its equally adverse effect on the ST enrollment. Therefore, despite the opposition and disappointment of the ST alumni who were working in the sugar industry, the BSST curriculum was phased out effective AY 1989-1990. In its place is the option for a major in Sugar Technology, initially offered in AY 1988-1989. The two options have the same courses in terms of general education, legislated course (PI 100) and technical core courses (ChE, ENSC, MATH, PHYS, etc.). They only differ in the cognate/elective and major courses.

Since then strengthening and revitalization of ChE curricular offerings were initiated and implemented under the strong leadership of then department chair, Prof. Rex B. Demafelis and curriculum committee chair, Dr. Jovita L. Movillon. At present, the department offers three options to its undergraduate students: BS ChE (general), major in Sugar Technology, and the major in Pulp and Paper Technology( approved by UPLB Boards of Regents on Jan. 28, 1999)- a joint program with the College of Forestry and Natural Resources (CFNR). CFNR phased out its BS Forest Products Engineering curriculum thereafter. The department also offers the M.S. in Chemical Engineering ( also approved on Jan. 28, 1999), and the MS in ChE, with Specialization in Pollution Engineering (approved on Jan. 20, 2009), which generally aim to provide chemical engineers a greater opportunity for improving or developing further their capabilities in providing quality instruction and in undertaking research and development projects.

In 2015, there was again a need to revise the existing curriculum due to implementation of the K to 12 basic education program in the Philippines. The revision also aimed to strengthen the Academe – Industry linkages through the inclusion of an Internship course where undergraduate students are trained in the operations of industrial plants. Institution of courses aimed to further strengthen the curriculum to satisfy the requirements of recognized accreditation bodies like Washington Accord and ASEAN University Network – Quality Assurance. The proposed four-year program aimed to enable students to become better equipped with the technical and analytical skills needed for today’s chemical engineers. Whatever career path they choose, the training given to them ensures that they are at par with the chemical engineers produced by other globally-recognized educational institutions and ultimately help them contribute to the development of the country. 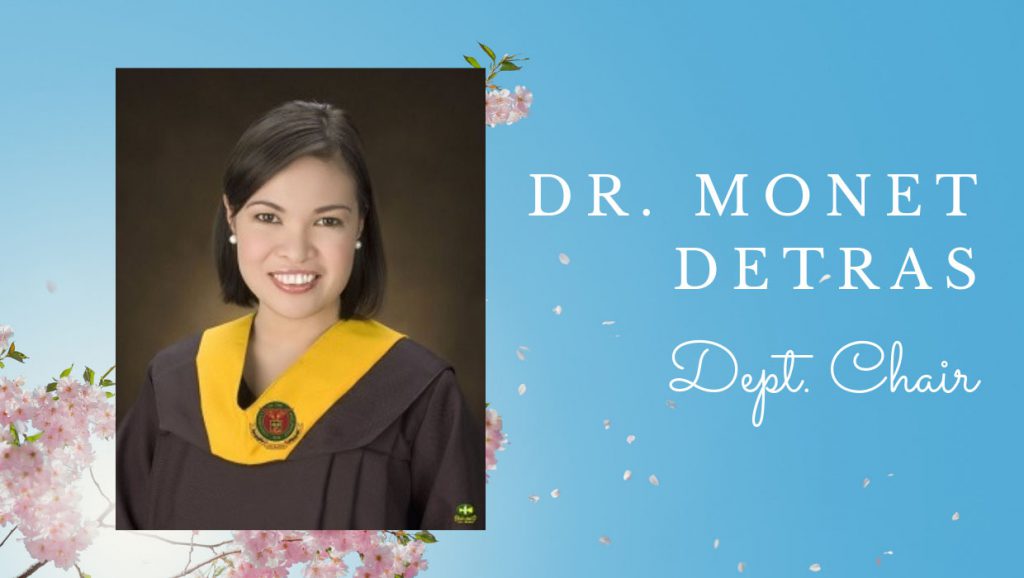 Through the years, STP and the department have collaborated with other CEAT and UPLB units through the affiliate faculty members coming from IAE, BIOTECH, CFNR, IC-CAS, IBS-CAS, IFST-CA, who serve as co-advisers and panel members of thesis students. There are also linkages with different sugar factories for the practicum of its students, like the Central Azucarera de Don Pedro, Inc. (CADPI) in Nasugbu Batangas, Batangas Sugar Central in Balayan, Batangas, Victorias Milling Company (VICMICO) and Lopez Sugar Central in Negros Occ., and Bukidnon Sugar Milling Co. (BUSCO) in Bukidnon. The department is continuously strengthening its academic-industry linkages by partnering with various companies for its Internship program.

Through the encouragement of Dr. Ernesto P. Lozada, Asst. Prof. Rex B. Demafelis and Asst. Prof. Marilou N. Nabatilan worked for the formal organization of the Philippine Institute of Chemical Engineers (PIChE) Laguna Chapter in Sept. 1997. During that period, the department served as PIChE Laguna secretariat. Then Asst. Prof. Demafelis became the vice-president and chair of the committee on education. Through the department faculty and staff, PIChE-Laguna sponsored and organized various technical seminars for the continuing education of chemical engineers I the CALABARZON. Also during this period, PIChE-Laguna, through the department, started conducting review sessions for prospective examinees of the Chemical Engineering Licensure Examination.